Psychedelics have psychological and spiritual benefits, as a new best seller claims, but they’re far from a panacea 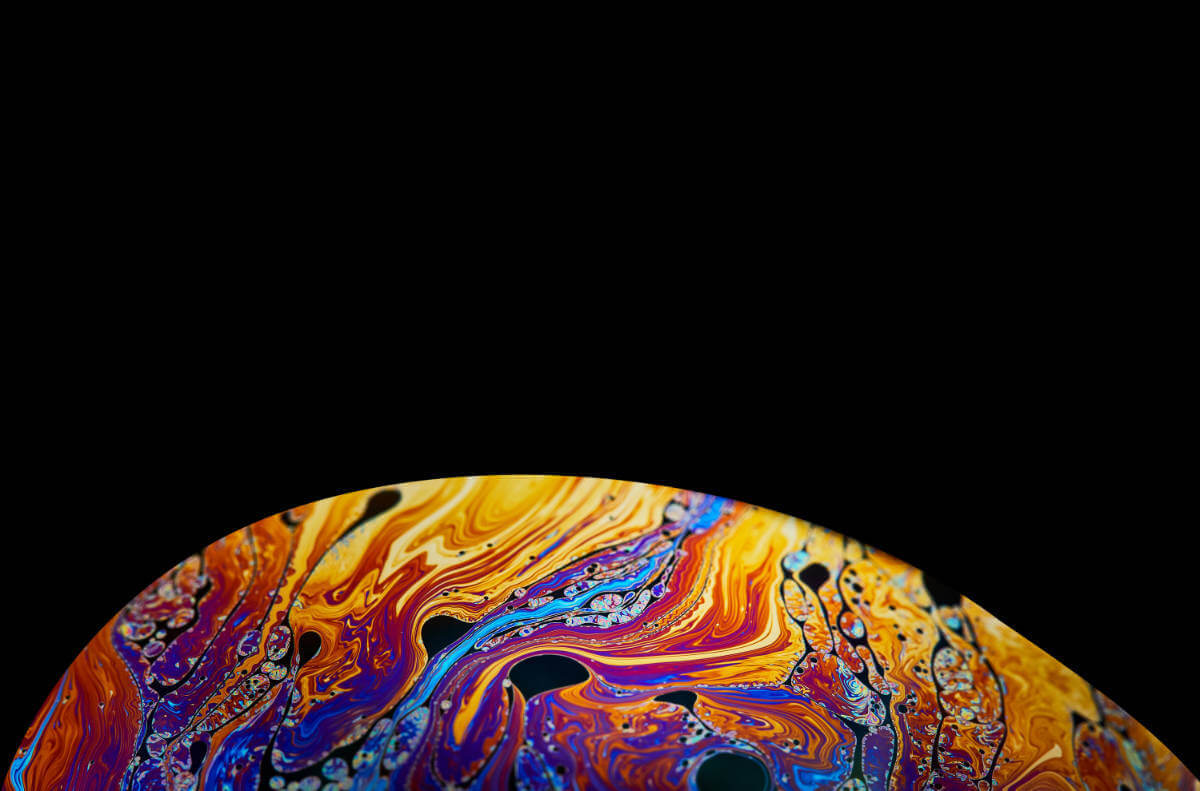 Last spring, I descended into the basement of a suburban home with two-dozen people and swilled fluid from a plastic cup. It was ayahuasca, a tea brewed from two South American plants, which contains the psychedelic compound dimethyltryptamine, DMT.

Ayahuasca has the viscosity of spit, it tastes like beer dregs into which someone has dropped a cigar, and it is nauseating, literally. Our guides gave each of us a plastic pail in case we vomited (which I did). The brew induces visions that can be blissful, excruciating, terrifying, sometimes all at once. As our guides played music and sang, we groaned, retched, cried, laughed, stared open-mouthed into space, retched again. A young man beside me oscillated between giggles and sobs. We each paid $200 for this experience, which lasted about five hours.

Why, you might ask, would anyone in his right mind want to do this? I raised this question 15 years ago in Rational Mysticism, my investigation of psychedelics, meditation and other mystical technologies (and I’ll tell you my answer below). That same year, 2003, I proposed in Slate that psychedelics be dispensed by “licensed therapists, who can screen clients for mental instability and advise them on how to make their experiences as rewarding as possible.”

This scenario seemed far-fetched at the time, but it is looking a lot more likely lately. One reason is that researchers have continued producing evidence of psychedelics’ psychological and spiritual benefits. Perhaps more important, journalist Michael Pollan—author of the bestsellers The Botany of Desire and The Omnivore’s Dilemma—has become an advocate of the drugs.

Pollan wrote a surprisingly enthusiastic article about psychedelics for The New Yorker in 2015. That was a preview of his new bestseller How to Change Your Mind: What the New Science of Psychedelics Teaches Us about Consciousness, Dying, Addiction, Depression, and Transcendence. I’m a fan of psychedelic literature, including the writings of Aldous Huxley, Terence McKenna and Alexander and Ann Shulgin, but I haven’t read a more eloquent defense of psychedelics than How to Change Your Mind.

Pollan serves as an ideal guide, especially for those who are curious about magic mushrooms and LSD but haven’t dared try them. Far from being a thrill-seeker, Pollan is nervous about psychedelics’ ill effects—with good reason, because he’s had heart trouble. He’s an atheist skeptical of all supernatural claims, but he’s also curious and open-minded. And he’s an exceptionally clear writer, even when describing experiences that defy description. He reminds me of another hyper-rational explorer of spirituality, Robert Wright, author of last year’s bestseller Why Buddhism Is True.

Pollan recounts the discovery of LSD’s effects by chemist Albert Hofmann in 1943, the subsequent surge of scientific interest in psychedelics and the backlash against them in the 1960s, often blamed on aggressive proselytizing by psychologist-turned-guru Timothy Leary. This history provides the backdrop for Pollan’s investigation of sanctioned studies at universities in the U.S. and Europe and of the underworld of psychedelic psychotherapy.

To supplement this third-person reporting, Pollan ingests psilocybin, LSD and ayahuasca and smokes toad venom (which like ayahuasca contains DMT). Drug tales are often tedious, but Pollan’s accounts of his trips are my favorite parts of his book. He doesn’t see the God he doesn’t believe in, but he is fascinated by what happens to his self. “Of all the phenomenological effects that people on psychedelics report,” he writes, “the dissolution of the ego seems to me by far the most important and therapeutic.”

We see ourselves and the world more clearly, Pollan suggests, as our fears, desires and self-absorption diminish. (Wright, in Why Buddhism Is True, makes the same claim about meditation.) Pollan felt more compassionate and attuned to nature’s wonders after his trips, and less anxious about death. “After a month or so, it was pretty much back to baseline,” he adds with typical candor. “But not quite, not completely.” He can recapture feelings of self-transcendence in meditation, and he realizes that “the mind is vaster, and the world ever so much more alive, than I knew when I began.”

His trips, plus the growing peer-reviewed literature, have convinced Pollan that psychedelics can help the mentally troubled and enhance the lives of the healthy. Toward the end of his book, he reports on a psychedelic-research meeting attended by Thomas Insel, former head of the National Institute of Mental Health. Insel was impressed by evidence of psychedelics’ mental-health benefits but warned researchers, “Don’t screw it up!”

Pollan seems to have taken this message to heart. He could have derailed the psychedelic movement by being too critical or evangelical, so he finds a sensible middle ground between these extremes. He recommends not total legalization but a regime in which people take psychedelics with a trained guide. This is essentially the same scheme I advocated in 2003.

Like Pollan, I hope to see the day when people can take psychedelics safely and legally, especially given the limits of current treatments for mental illness. I nonetheless have misgivings about the popularization of psychedelics, misgivings that I suspect Pollan shares. Here they are:

*Far from making you wiser and nicer, psychedelics can make you an arrogant, narcissistic jerk. It can be hard distinguishing an ego that has vanished from one that has expanded to infinity. As Pollan notes of Timothy Leary, “It is one of the many paradoxes of psychedelics that these drugs can sponsor an ego-dissolving experience that in some people leads to massive ego inflation.” This problem plagues Buddhism and other spiritual paths, too.

I spent a lot of time hanging out with psychedelicists while researching Rational Mysticism and for a while thereafter. I started pulling back from this community because some members struck me as self-righteous zealots. And as Pollan points out, psychedelics boost suggestibility—or, to put it less kindly, gullibility, which means that trippers are susceptible to bizarre claims, such as apocalyptic predictions.

*As William James notes in The Varieties of Religious Experiences, mystical experiences can be hellish as well as heavenly. After a wild trip in 1981, I suffered from depression and frightening flashbacks for months. Supervision can’t eliminate the risk of hellish trips. As I note in Rational Mysticism, in the early 1990s psychiatrist Rick Strassman injected DMT into 60 volunteers, and almost half experienced “adverse effects,” including terrifying hallucinations of “aliens” that took the shape of robots, insects or reptiles. [See Addendum.]

Why, given these misgivings, did I take ayahuasca recently? Well, I just finished a book on the mind-body problem (which I plan to self-publish online soon), and I’ve been feeling restless. I wanted a jolt, something to knock me out of my cognitive rut. My best trips have helped me see—really see—life’s jaw-dropping improbability, which I like to call “the weirdness.” I wanted to glimpse the weirdness again. When I heard about a local ayahuasca session, I signed up.

We were a diverse bunch, black and white, young and old, male and female. At the beginning of the session, we expressed our hopes for the evening. We wanted to heal old wounds, to feel less fear and anger and self-loathing and more happiness and love.

I had moments of what might be called transcendence, during which the world seemed heartbreakingly beautiful. My strongest emotion was pity for those retching and moaning around me, and for all humanity. I thought, Look at how far we go just to find a little happiness! We live in paradise, but we can’t see it, because we’re so trapped in our petty schemes and troubles.

But these feelings lacked force. They seemed familiar, even trite, like postcards from old trips. Within a few days, I was as self-absorbed as ever. I think I’ve gotten what I can from psychedelics, so I’m going to try something more dramatic, a silent meditation retreat. No talking for eight days, no phone, laptop, email, Twitter, Facebook, Kindle, New York Times. I’m much more nervous than I was before my ayahuasca session. My digital self feels more real to me lately than my flesh-and-blood self. When I’m disconnected from the Internet, will I still exist?

Addendum: Strassman has accused other researchers of inappropriately downplaying psychedelics’ risks. See for example his stinging review of a 2016 book by psychologist William Richards, who is associated with psychedelic research at Johns Hopkins.Strassman writes: “It is important to refrain from glorifying the psychedelic drug state. Simply look at how Charles Manson used LSD’s meaning-enhancing effects in those similarly predisposed to particular goals and aspirations (Bugliosi, 1994). Just as important, Richards seeks to render their adverse effects innocuous. Contrary to the universal practice of excluding prepsychotic or formerly psychotic individuals from psychedelic drug administration studies, he casually suggests that psychedelics may actually help such people. Psychedelics may hasten their entry into treatment (through precipitating a psychotic break?) or prevent psychosis through uncovering relevant psychic conflicts (p. 185).” 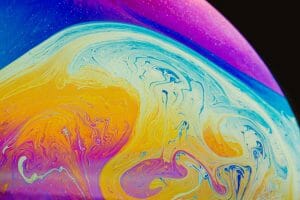 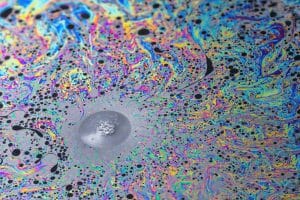 A group of drugs that unlock a peculiar mode of consciousness 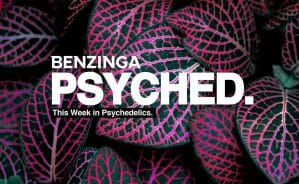 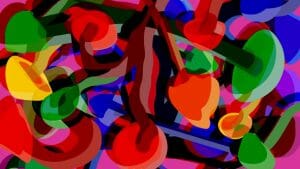 An Introduction to Psychedelics in Marketing

A group of drugs that unlock a peculiar mode of consciousness